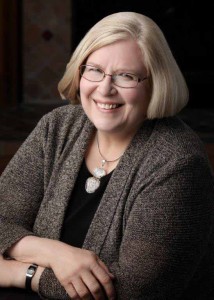 I left Tuesday’s swearing-in ceremony feeling energized and hopeful. Governor Murphy was a breath of fresh air. He spoke eloquently about his values, commitment to service and diversity and compassion for others – so different from the rhetoric coming out of Washington these days. More important, his ambitious goals align with our child care agenda, particularly in education and support for working families.

It was especially moving to witness Sheila Oliver sworn in as lieutenant governor. I have known Sheila for a long time. As a legislator, she has been a dedicated champion for children and a good friend to ACNJ. Her swearing-in was historic since she is the first African-American women in this position but, as she said, “We make history not in the moment but in what we do with it.”

It is a new day and a great time for optimism and hope.

Governor Christie’s tenure ended on a positive note, too. He took action – committing funding to several priorities on ACNJ’s policy agenda: a $25 million increase in preschool funding, $10 million more for lead poisoning prevention and abatement, and an increase of $15 million in child care subsidy rates. This increase does not remedy a decade of flat funding for child care subsidies. However, it is a very positive first step in addressing the lack of parity in funding for infant care, which was a big part of our election advocacy campaign.

And, most surprising, Governor Christie took steps to close two of the state’s youth prisons in Jamesburg and Bordentown, in favor of smaller, regional facilities. Led by the NJ Institute of Social Justice, ACNJ, along with other partners in the Youth Justice New Jersey Coalition, advocated for the closure of these prison-like facilities. ACNJ will continue to advocate for therapeutic and rehabilitative environments for youth who need to be placed into secure facilities.

The one disappointment was that Governor Christie pocket-vetoed the bill that ACNJ has championed to address chronic absenteeism, despite passing unanimously in both houses. We were hopeful that the governor would sign it, but this drawback does not diminish our renewed energy to advance this legislation again. In the meantime, ACNJ’s reports on chronic absenteeism have raised public awareness and we will continue to work with school districts across the state to improve attendance.

As I look toward 2018 and ACNJ’s ambitious advocacy agenda, I am most excited by Right from the Start NJ our new campaign to improve policies and programs for young children, from birth to age 3, starting with greater access to high-quality child care for babies. ACNJ has been a strong advocate for high-quality preschool and was instrumental in the development of New Jersey’s nationally-recognized program. Right from the Start NJ gives us a chance to advocate for children even earlier, when brain development is most critical. Stay tuned for more on this exciting campaign.