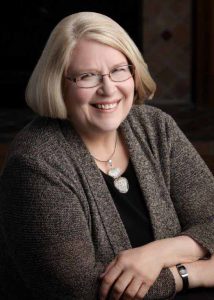 Cecilia Zalkind has an extensive background in public policy advocacy for children. Her 25 years in leadership roles at ACNJ have helped produce key policy advances in child welfare, early care and education and health care in New Jersey.

She has led important coalitions such as the Early Care and Education Coalition and the New Jersey BUILD initiative that have advanced high-quality early care and education in the state. Cecilia has argued before the New Jersey Supreme Court on preschool standards in Abbott v. Burke, the landmark educational equity case, and on the issue of permanency for foster children in several child welfare cases.

Cecilia serves on various national leadership committees, including the national Children’s Leadership Council. Cecilia Zalkind joined ACNJ in 1984 as public policy director and became executive director in 2001. While at ACNJ, she served as an adjunct professor of family and adoption law at Seton Hall Law School. She holds a B.A. and M.A. from New York University and a J.D. from Rutgers Law School. 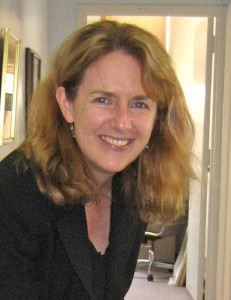 Mary directs ACNJ’s KidLaw Resource Center, which provides information on laws and legal processes affecting New Jersey children. She has also authored guides and articles on child welfare-related topics, and has represented ACNJ as amicus curiae before the N.J. Supreme Court in several cases. Mary is a member of the New Jersey Children in Court Improvement Committee, the NJ Medical Assistance Advisory Council, the New Jersey Council for Juvenile Justice System Improvement, and its Education Subcommittee, and the NJ Task Force on Child Abuse and Neglect and its Staffing and Oversight Review Subcommittee. She previously chaired the Child Welfare Section and the Pro Bono Committee of the New Jersey State Bar Association.

Prior to joining ACNJ in 1993, Mary practiced family law in New Jersey. She received both her J.D. and B.A. from The Catholic University of America in Washington, D.C.

Antoinette Abdelmalek is an administrative assistant for ACNJ, assisting staff in various administrative duties. She is a native of Lebanon and is fluent in English, French and Arabic. Prior to joining ACNJ in 1982, she worked for the City of Newark in its Compensation, Rating and Inspection Bureau and for Societe Orientale de Publicite in Lebanon. She attended St. Vincent de Paul School, and is a graduate of the Franciscan Sisters in Egypt.

Beatriz Alcaraz is an administrative assistant for ACNJ and is a key part of the organization, assisting staff in a myriad of duties. She joined ACNJ in 2000. Beatriz is bilingual in English and Spanish. She is a graduate of Perth Amboy High School.

Patricia Canning is a former management consultant who has built a career in project management in the civic, non-profit and corporate areas. Through civic engagement, Patricia has spent the last 10 years advocating for equity in education for all children and addressing the achievement/opportunity gap for children. She brings her advocacy experience and her project management skills to ACNJ to focus on children ages 0 -3 years in the Right from the Start Campaign.

Patricia is committed to health and wellness for women and children and as a result, founded a women’s triathlon group specifically to inspire women to live their best lives through group fitness. Patricia received an MBA from the Simon School at the University of Rochester and a B.S., Industrial Engineering from Lehigh University.

Peter Chen is policy counsel at Advocates for Children of New Jersey. His work includes coordinating non-profit and community-based organizations on Census outreach in 2020. In addition to Census work, Peter is responsible for policy analysis and advocacy at the state and local level, in areas such as childhood lead poisoning prevention, chronic absenteeism, paid family leave and early intervention services for very young children with disabilities. Peter began working at ACNJ as a 2014 Skadden Fellow. Prior to joining ACNJ, Peter clerked for Chief Justice Shirley Abrahamson of the Wisconsin Supreme Court and taught high school English in Chicago. He received his J.D. from Yale Law School, and his B.A. from Indiana University-Bloomington.

Diane Dellanno, a Licensed Clinical Social Worker, is a policy analyst and member of the early childhood team at ACNJ. Her primary role has been to develop an infant/toddler advocacy campaign to improve early learning policies, programs and funding for infants and toddlers in New Jersey. Diane has authored several issue briefs on topics related to infants and toddlers including: Out Of Reach, a look at the cost of quality child care in New Jersey and No Room For Babies, that examined the availability of infant-toddler child care in New Jersey; and Expensive, Frustrating and Scary: Parent Reveal the Realities of Finding Child Care for Babies in NJ. Diane has over 30 years’ experience in developing and implementing parenting education programs to assist parents in understanding how their children develop, foster positive parent-child relationships, support healthy child development and engage families in their child’s learning to ensure educational success. Prior to joining ACNJ in 2012, Diane served as a director of Early Childhood and Education Programs for Prevent Child Abuse – NJ. Diane received her B.A. from Montclair State University and her M.S.W. from Rutgers-The State University.

Catherine Felegi joined ACNJ as a staff writer in 2018 and takes part in the development of external communications for the organization, hoping to create a unified voice in the materials ACNJ produces with the overall goal of furthering ACNJ’s mission of identifying children’s needs and raising awareness among decision-makers to enact effective responses. Prior to joining ACNJ, she worked for Bristol-Myers Squibb in their Commercial and Regulatory Affairs department as a Promotional Review Editor, where she would edit internal- and external-facing documents for spelling and grammar. She is a graduate of Moravian College in Bethlehem, Pennsylvania, where she received her B.A. in English and a double minor in Political Science and Religion.

Daynne Glover, is a Policy and Outreach Associate supporting New Jersey’s Pritzker Children’s Initiative, Think Babies and the Early Learning team at ACNJ. Daynne has held many roles supporting child care in New Jersey over the last 15 years. Prior to her role at ACNJ, Daynne was the Assistant Director of a county child care resource and referral agency (CCR&R) where she adapted federal and state policy to support the local delivery of child care services including parent-centered and data informed approaches. Daynne received her Master of Public Administration from Rutgers University and her Bachelor of Science in Human Development and Family Studies with a concentration in Children, Youth and Family Services from the Pennsylvania State University at University Park.

Eloisa Hernandez is part of ACNJ’s communications and outreach team, focusing primarily on the organization’s electronic communications, including its website and e-communications. Fluent in English and Spanish, she also assists with outreach tasks and other critical pieces, communicating ACNJ’s goals to key decision-makers, other advocates and the general public. Eloisa joined ACNJ in 1994 and holds a B.A. from Trenton State College, now the College of New Jersey.

Hannah Korn-Heilner is the Outreach Coordinator at ACNJ, assisting the Early Learning Team in The Future Begins with Babies campaign by collecting stories from parents and providers, and helping to train advocates. She obtained her Master of Social Work with a concentration in Management and Policy from Rutgers University. Prior to graduate school, she worked at the New Jersey Community Development Corporation in Paterson, serving as the Assistant Director of a 21st Century Community Learning Center afterschool program at John F. Kennedy High School. She also completed a year of AmeriCorps service with the same organization. She obtained her Bachelor of Science in Speech Language Pathology and Audiology from Ithaca College.

Lana Lee manages ACNJ’s strategic communications, with the goal of expanding awareness and support for ACNJ’s policy agenda. She handles press inquiries and media events for ACNJ and uses video and social media to increase awareness of ACNJ’s activities and policy goals. In addition to tracking analytics of ACNJ’s website and social media presence, her work also involves graphic design and website development. Prior to joining ACNJ, Lana worked at the Office of the Public Advocate. She holds a B.A. from Douglass College, Rutgers University.

Nina Peckman works for ACNJ’s KidLaw Resource Center as a staff attorney, specializing in all aspects of education law and, as a member of the special education practitioners workgroup and the education law committee of the New Jersey Bar Association, takes part in education policy agendas. Fluent in Spanish and English, she primarily assists parents by explaining the law and helping them advocate for their children in school, including by reviewing and explaining school record and writing letters to school staff. Nina negotiates with school board attorneys, attends school meetings and State mediation with parents.

Nina writes legal guides and fact sheets and provides workshops/trainings regarding education law to parents and professionals, including school staff, psychologists, social workers, healthcare providers, community-based organizations, Case Management Organization staff, child welfare workers, law guardians and Court Appointed Special Advocates (CASA). Prior to joining ACNJ in 2006, Nina worked for the Community Health Law Project, providing legal representation to adults diagnosed with mental disabilities. Prior to that, she was general counsel to Engender Health, a non-profit organization whose mission was to improve woman and children’s health services in developing countries. Nina earned her J.D. from the Benjamin N. Cardozo School of Law in 1985 and her B.A. from Rutgers College.

Cynthia Rice is an attorney and senior policy analyst on ACNJ’s early childhood team. Her responsibilities include identifying, monitoring, writing about and advocating for critical early childhood education issues, especially around preschool, child care and linking preschool to the early elementary years.

Cynthia works closely with state leaders and legislators to help make children a top priority and often showcases New Jersey’s success in presentations around the country on these topics. Prior to joining ACNJ in 2002, Cynthia spent three years as an assistant district attorney in Bronx County, New York.  She earned a J.D. from Pace University School of Law and a B.S. from Georgetown University.

Mike is responsible for the accounting and financial functions of ACNJ. He comes from over 25 years in commercial, not-for-profit and consulting experience. At ACNJ, he is facilitating the mission and promoting the sustainability of the organization through internal, Board, and third-party reporting and strong accounting & financial management practices. Mike holds a B.S. in Econ. from the Wharton School of the University of Pennsylvania majoring in accounting and an M.B.A. from the N.Y.U. Stern School majoring in Finance and International Business.

Prior to joining ACNJ, Alana interned for the Sandy Homeowner/Renter Assistance Program (SHRAP) where she assisted Superstorm Sandy victims to obtain financial resources to aid in the repair or rebuilding of their homes. Alana received a B.A. from Bryn Mawr College and earned her M.P.P. from Rutgers University.

Prudence Walters
Operations Manager
pwalters@acnj.org
As operations manager, Prudence is responsible for providing administrative support to the executive director, supervising the administrative staff, managing employee benefits and overseeing organizational insurance policies. She also oversees the maintenance and purchase of office equipment and technology and the general operations of ACNJ’s office and its four-story building in Newark, which also includes handling leasing of offices to other non-profit groups.