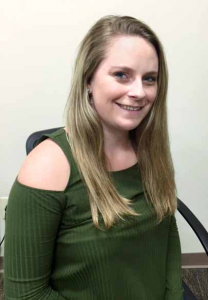 Many first-year law students spend their first legal internship sitting behind a desk every day in a law firm or going to observe court. As a legal intern for Advocates for Children of New Jersey, my experience was different. At the end of June, I had an eye-opening experience.  I got the opportunity to drive down to the New Jersey Training School for Boys in Monroe Township, commonly referred to as “Jamesburg” to join in on a rally to close down the facility. I went not knowing much about the facility or about the youth living there.

At the rally, speakers from different organizations and backgrounds talked about all different reasons why juvenile offenders should not be put in an institution like Jamesburg. They had very compelling arguments. Because of the curious law student in me, I found myself thinking during the rally about the arguments from the other side.

Sometimes it may feel easier to say, “Those kids are bad, they deserve to be locked up” or ask, “Why is it bad to institutionalize children?”

In the days following the rally, I did some research and discovered why it isn’t “easier” to lock kids up and the very real issues that come from youth offenders being institutionalized:

“Research clearly supports the approach of treating youth in their own communities – not in large institutions miles away from home,” said Bart Lubow, former director of the Juvenile Justice Strategy Group at the Annie E. Casey Foundation in Baltimore. He worked with New Jersey on the Juvenile Detention Alternatives Initiative (JDAI) which has successfully reduced the numbers of youth in our county detention centers by more than 60 percent, without risk to public safety. Lubow noted that research shows that locking juveniles up in institutions is more costly than caring for them in their communities and returns no greater results in lowering recidivism. As a result of JDAI, many of our state’s county detention centers have closed and consolidated with neighboring detention centers, resulting in millions of dollars in savings (New Jersey Juvenile Detention Alternatives Initiative (JDAI) 2015 Annual Data Report, NJ Juvenile Justice Commission).

A report released in October 2016 by the National Institute of Justice at the Harvard Kennedy School called, The Future of Youth Justice: A Community-Based Alternative to the Youth Prison Model, found that youth prisons are at odds with everything known about adolescent development in general and especially the population of youth who come into contact with the juvenile justice system. Instead of helping kids get back on track, these facilities exacerbate many of the factors that brought them to the attention of the courts in the first place (McCarthy, Schiraldi & Shark 4). One big problem with youth prisons is that they communicate to young people on a regular basis that they are dangerous, feared, worthless and have no real future.  Compelling evidence from studies show that youth need positive adult-youth interactions and learning opportunities that help them with the developmental tasks of impulse control, judgment, future orientation, and emotional maturity; all of which they would get from community-based alternative programming and placement (McCarthy, Schiraldi & Shark 5).

Recidivism rates have been a problem among juvenile offenders released from incarceration within the juvenile justice system. One study done by Richard A. Mendel in 2011 revealed state by state data that concluded 70 to 80 percent of incarcerated youth are rearrested within two to three years. Incarceration is extremely disruptive to a child’s development and learning because it greatly reduces the likelihood of the juvenile ever returning to school, and, for those who do, significantly increases their chances of being classified with emotional or behavioral disorders  (McCarthy, Schiraldi & Shark 13).

In 2013, The National Research Council published a review that concluded that well-designed community programs are more likely to reduce recidivism and improve youth well-being than institutionalization.  A good example of successful community-based services is Treatment Foster Care Oregon, which is an evidence-based alternative to incarceration or a group placement for young people who have been adjudicated delinquent. Families within communities are recruited, trained, and closely supervised as they provide treatment and intensive supervision to the juvenile offenders. Boys who participated in the program had “fewer subsequent arrests, fewer days of incarceration, less self-reported drug use, fewer violent offense referrals, and fewer self-reported incidents of violence than did a control group” (McCarthy, Schiraldi & Shark 22).

According to the New Jersey 2018 Budget Book, in 2016, the state spent $200,146 to detain one child at the New Jersey Training School for Boys, which is approximately $546.85 per day per juvenile. The daily cost has only gone up over since 2008, when the average cost a day of a juvenile was approximately $174 (Justice Policy Institute, 2008).  The budget estimate for 2018 is $679.96 per juvenile per day. Some of the rise in the per capita cost is due to fewer juvenile offenders being sent to residential facilities, but I think that this money could be more effectively used on community-based alternatives rather than detainment. This is certainly worth considering. In 2014 the National Juvenile Justice Network calculated that if 50 percent of the youth held in juvenile commitment facilities in 2011 could have been supervised in the community for an average program duration of nine months, states would have saved more than 300 million dollars. And the NJJN felt that 50 percent was conservative. The presenters at the rally advocated for any savings realized from the closing of facilities like Jamesburg to be re-invested into a safer and more efficient system of community-based programs for our youth. For those who require secure care, they should be in smaller community-based treatment facilities. You can learn more about this and other reform efforts at www.youthjusticenj.org.

The research and data confirmed for me that youth prisons should be closed. Using community-based alternatives will create more positive opportunities for juvenile offenders in New Jersey leading to better outcomes and may save taxpayer dollars. If we view these youth as an investment in the future of society and less like “bad kids who deserve to be locked up,” it becomes obvious that community-based alternatives are much more beneficial for our society as a whole.

Through its #NJVOTES4KIDS Campaign, ACNJ is educating both candidates and voters about important children’s issues such as juvenile justice. Learn more at www.njvotes4kids.org.  I encourage all to learn more.

BLOG: Do you provide child care for infants?
You are invited to celebrate with ACNJ!