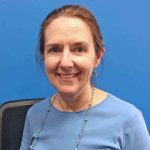 Making the Case for More Reforms to the Juvenile Justice System

Over the last decade, developments in adolescent brain science and psychology have shown what common sense already suggested – that there are fundamental differences between the brains of teenagers and adults. Teen brains are not yet fully developed, making them more likely to engage in risky and impulsive behavior without weighing the consequences and succumbing to peer pressure. The good news is that their brains are still growing, increasing the odds of changing for the better.

This research is making the case for reforms in New Jersey’s juvenile justice system.

In a recent decision,  a unanimous New Jersey Supreme Court recognized that teenagers should not be locked up for long sentences without considering their individual circumstances. Chief Justice Stuart Rabner wrote that judges must “take into account how children are different, and how those differences counsel against irrevocably sentencing them to a lifetime in prison,” citing a 2012 U.S. Supreme Court decision, Miller v Alabama.

Justice Rabner noted that “Because of their young age at the time of their crimes, both defendants can expect to spend more than a half century in jail before they may be released  –  longer than the time served by some adults convicted of first-degree murder.”

While the defendants in the case committed very serious, violent crimes when they were juveniles, this decision makes it clear that New Jersey’s constitution does not allow courts to jail young people for the rest of their lives without considering the specific differences of youth. Under this decision, both young men are entitled to be resentenced.

Brain science research is appropriately influencing laws, policies and practices concerning youth who come into contact with law enforcement. Although teens should be held accountable for their actions, the goal of the juvenile justice system is for young offenders to return to their communities equipped with the skills they need to stay out of trouble and mature into productive adults.

To that end, in August 2015, the NJ Legislature and Governor Christie made significant reforms to our juvenile justice system. These smart reforms limited the use of solitary confinement in juvenile facilities, revamped the state law that allowed juveniles to be tried as adults in criminal court, added protections to ensure the safety of juveniles transferred to adult facilities, and required the collection of much needed data.

As a member of the Youth Justice New Jersey Coalition, ACNJ worked with sponsors of the legislation to ensure that the reforms helped New Jersey youth. This coalition is continuing its work to reform other aspects of the juvenile justice system. The research clearly indicates that a system focused on rehabilitation and prevention yields far better results. ACNJ’s most recent juvenile justice forum brought together law enforcement and education stakeholders to focus on prevention and how to avoid the “school-to-prison pipeline.” Visit ACNJ’s website to find presentations and resources.

New Jersey is a national model in the Juvenile Detention Alternatives Initiative (JDAI), a national project led by the Annie E. Casey Foundation, which is focused on reducing the number of youth confined in county detention facilities. JDAI has resulted in far fewer youth being incarcerated in longer-term Juvenile Justice Commission facilities without risk to public safety. For more information about the results of JDAI in New Jersey, read ACNJ’s Special Kids Count Report: Juvenile Justice. But extreme racial inequalities persist within the New Jersey juvenile justice system that must be addressed. A new report, Bring our Children Home: Ain’t I A Child, released by the New Jersey Institute for Social Justice, found that while black and white youth engage in similar offenses at about the same rates overall, New Jersey’s black youth are disproportionately incarcerated. While progress has been made, more work is needed.

If you are interested in becoming involved in the work of the coalition, please me at ACNJ, mcoogan@acnj.org. Together, we can make a difference!