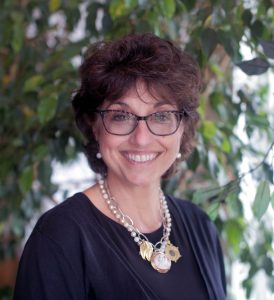 No one was more surprised than me when, in early October, I read that Governor Christie was diverting $5.6 million of preschool expansion funds to help combat the opioid epidemic.  His reason was that there was less than $20 million in school district requests for the preschool funding and that the remaining dollars were “funds that districts didn’t want.”

From what I saw, that couldn’t have been further from the truth.

After waiting for nine years for funding to support preschool expansion, thanks to the leadership of Senate President Steve Sweeney and Assembly Speaker Vincent Prieto, $25 million was added to this year’s state budget and signed into law by the Governor to provide an additional 2000 3- and 4-year-olds with what we know will provide them with the skills necessary to be successful in kindergarten and beyond.

And when that money became available in early July, every entity at the state and local level began to move quickly. The Department of Education (DOE) worked swiftly and efficiently to develop and implement a process for eligible school districts to apply for the funding. The DOE’s goal was to make sure the greatest number of preschoolers would benefit from our nationally recognized preschool as soon as possible—and that meant districts had a short time over the summer to develop plans and have them implemented by November 1.

Even with the tight time frame, the district response was incredible. I attended a DOE mandatory meeting in mid-July for all districts interested in the preschool funds—and it was standing room only. While districts differed on how they planned to implement their programs, there was immediate unanimity around need. Over and over, I heard administrators say, “We need this program for our kids,” and “Our preschoolers will really benefit from such a program.”

Demand for preschool went beyond just those who attended that mandatory meeting. The program development and planning took place in the height of the summer when many key school staff were on vacation. Many were unable to attend or had no other alternative staff available to participate. Soon after the meeting, ACNJ received several distressed calls from district administrators who desperately wanted preschool funding for their students, but hadn’t attended the meeting. Their hope was that there would be some leftover funding and as the funding was for the entire year, the DOE might consider a second round. I know that those districts voiced those requests to the DOE.

In just 13 weeks, the DOE released nearly 80 percent of the $25 million to 26 school districts so that they could immediately begin providing their 3-and 4-year-olds with a high-quality preschool experience.  How lucky for those young children.

But before the DOE could plan on how best to distribute the remaining funds to other communities that hoped to expand their preschool programs, Governor Christie took the funding away and dashed the hopes of those districts, and more importantly, of the preschoolers that funding would have served.

It wasn’t that districts didn’t “want” the preschool funding— because they did and continue to want it. District administrators clearly recognize how important it is for children to enter kindergarten with those foundational skills necessary for children’s short-and long-term academic success. But for many children, that foundation can only be acquired if high-quality state-funded preschool is made available to them.  When it is not, many of those children will be at a disadvantage from that first day of kindergarten and beyond.

What a missed opportunity.

But New Jersey has now elected a new Governor and Legislature and we hope new leadership will finally give preschool expansion the funding it critically needs. It’s time to seize the chance to give a strong start to New Jersey’s roughly 40,000 3- and 4-year-olds who have been waiting far too long for preschool.

One Response to Blog: Setting the Record Straight on Preschool Expansion