The ACNJ family mourns the passing of Gail Houlihan, a founding member of ACNJ’s Board of Trustees and a true child advocate.

In 1978, Gail helped establish New Jersey's Child Placement Review (CPR) system, which relies on volunteers to review cases of children living in foster care, making recommendations to Family Court Judges concerning their placement, their medical and educational needs, the plan to reunify the child with his/her parents and whether there are services in place to help that happen. When CPR board first began in New Jersey, there was no independent oversight of children in foster care. Many lingered in temporary care for years -- sometimes into adulthood -- without a permanent family. New Jersey was the second state in the country to create a citizen-review system.

Gail was a volunteer member of a Burlington County CPR Board for many years, serving as chairperson for several terms. She believed in the power of volunteers to make a difference and she did. Her persistence and attention to detail kept caseworkers, court staff and judges focused on the cases of individual children living in foster care, assuring follow through on each child’s case. She advocated for the creation of a statewide CPR Advisory Council to gather statewide data and identify systemic problems. She served as a member of the Council for many years, never accepting the status quo for children who needed homes in which they could thrive.

As a founding member of the ACNJ Board of Trustees, Gail helped establish ACNJ’s early focus on advocacy for children in the child welfare system. She was a dedicated, conscientious, and dependable member of the ACNJ Board, serving on various committees and special projects. She was thoughtful in her analysis, always reviewing the research and data in detail. Gentle in demeanor, Gail was a force when she was advocating for needs of children, always asking what more could be done to improve access to needed services.

Gail was a founding member of the Junior League’s NJ State Public Affairs Committee and chaired Burlington County’s Children Interagency Coordinating Council (CCIAC), which focused on addressing the needs of troubled children. She also served on the State Health Planning Board.

ACNJ acknowledged Gail’s work and commitment in 2004 in awarding her the Grace Boskey Volunteer of the Year Award. In 2016 Gail received the New Jersey Governor’s Jefferson Award for Service to Youth, which recognizes volunteer activities that directly or indirectly enhance the lives and development of the youth population.

Gail led by example -- and the example she set was one of caring, determination and a strong sense of responsibility for others. Through Gail’s efforts, thousands of children in New Jersey have a chance at a better future, especially children in foster care who found permanent families through reunification with their birth parents or through adoption. 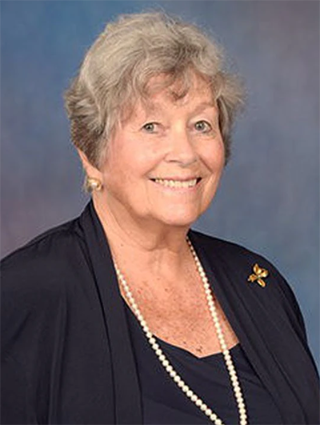 A celebration of Gail's life is planned for October 8th at St. Mary's Church in Bordentown. In lieu of flowers, the family has respectfully requested that donations be made in Gail's name to: