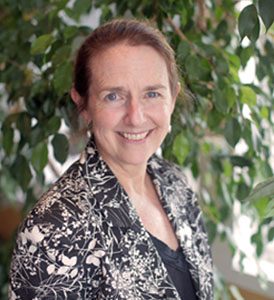 Advocates for Children of New Jersey has strongly supported the closing of The New Jersey Training School (“Jamesburg”) and the Female Secure Care and Intake Facility (“Hayes”). But the closing of the facility is just a first step in a reimagining of New Jersey’s juvenile justice system that provides effective support and treatment for our youth and protects public safety.

New Jersey has made enormous progress in improving its juvenile justice system. Since 2004 New Jersey has seen more steady positive progress on behalf of youth coming into contact with the juvenile justice system than during any other time, due to the collaborative efforts and partnerships of various committed entities and stakeholders, both private and public, who desire to see positive outcomes for our youth. In fact, last September, the Annie E. Casey Foundation recognized New Jersey’s accomplishments through our state’s Juvenile Detention Alternatives Initiative (JDAI), including a decrease in the average daily detention center population statewide by nearly 70 percent between 2003 (pre-JDAI) and 2017 without impacting public safety, and the closure of eight county-operated detention facilities since JDAI reforms began, resulting in an annual savings of $21 million. The reduction of youth involved in the juvenile justice system at the front end (county and local) has reduced the numbers of youth involved more deeply in the juvenile justice system. According to statistics on the state’s website, the number of youth committed to the Juvenile Justice Commission (JJC) has been reduced by 50 percent since 2011.

However, many challenges remain before we have a therapeutic, supportive and equitable juvenile justice system.

Reducing high rates of racial disproportionality. There continues to be overrepresentation of youth of color in county detention centers and state-run Juvenile Justice Commission facilities, and as the overall population has been reduced, the disparity has become more dramatic. Although stakeholders throughout the state are examining the data to determine the causes of this increasing disproportionality, more needs to be done to ensure that New Jersey’s juvenile justice system reflects racial equity.

Keeping juveniles in the juvenile, rather than adult system. In light of the research that demonstrates that a young person does not fully mature until age 25 and that the vast majority of youth grow out of their tendency to engage in delinquent behavior, New Jersey has a juvenile justice system that attempts to keep youth and young adults in the juvenile system where they can receive appropriate services. Although some youth who commit serious or violent offenses can be transferred or “waived” to adult criminal court for prosecution, having secure facilities for youth who commit serious offenses helps limit the use of the waiver process to adult court, enabling youth to receive needed therapeutic services they would not receive in the adult system. Some other states treat teenagers as adults as soon as the initial charges are filed for serious or violent offenses. Amendments to New Jersey law in 2015 allow these “waived” youth to be returned to the juvenile system to serve their sentences and receive services. Approximately 45 previously waived young adults have already been returned to the authority of the juvenile system.

Determining what kind of facilities will support youth who need more intensive services or have committed serious offenses. It is critical that any facilities built to replace Jamesburg and Hayes reflect current research in that they are small, therapeutic and accessible to the families of the youth housed in the facilities. Questions remain: what is the appropriate size and treatment model, and what supportive transitional services need to be in place as these young people are released to ensure successful outcomes?

Reimagining the juvenile justice system requires thinking beyond the youth who are locked up, both before youth enter the system and after they leave it. Let’s welcome the dialogue and expand the conversation to talk about constructing a juvenile justice system that is truly therapeutic rather than punitive. While youth should be held accountable for their actions, the goal of the juvenile justice system is to keep youth in their communities whenever possible and equip them with the skills they need to stay out of trouble and mature into productive adults. We need to be preventing youth from being tempted to commit crimes by offering better alternatives, diverting those who have committed minor offenses into more constructive enterprises, and rehabilitating youth who have committed serious or violent crimes. For those youth for whom incarceration is justified or needed, we need facilities that provide a developmentally appropriate and therapeutic setting in which their delinquent behavior can be treated effectively. And we need to ensure that once released from the secure setting, they have the supportive supervision to help them become productive adults.

New Jersey has a rare opportunity for a productive conversation on how to build a juvenile justice system that gives youth the support they need. There is always opportunity for improvement, and we should continue to work in a thoughtful and collaborative manner. Governor Murphy’s Executive Order 42 offers that possibility. This order, signed last October, acknowledged the accomplishments to date and tasked the appointed task force members with making recommendations “on strategies and actions to continue the reform of New Jersey’s Youth Justice System.” Part of their process is to hold public hearings to allow members of the community to share their ideas and recommendations. We hope members of the community attend the public hearings and contribute to the conversation.

ACNJ looks forward to a thoughtful and collaborative dialogue as we move forward. This is what our young people need and deserve.

For questions or additional information, contact Mary Coogan at mcoogan@acnj.org

NJ summer meals on the rise, report finds
Sign Petition to Urge State Leaders to Address the Impact of the Minimum Wage Increase on Child Care