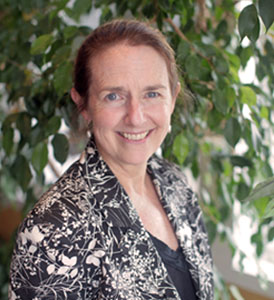 On Nov 30th, the Woodrow Wilson School at Princeton University, The Education Research Section (ERS) and the Future of Children co-sponsored, “Multisystem Approaches to Help Keep Children Out of the Justice System”, an outreach event for the Future of Children journal, “Reducing Justice System Inequality”. Experts discussed best practices and programs that lower the amount of children and teens in youth detention and jails. All presenters argued that we must work together to reduce the number of children who are involved with the juvenile justice system and aim to do better.

I was especially interested in the “School Policies and Interventions and the Juvenile Justice System” panel because I worked with several of the presenters and am involved in disrupting the “school-to-prison pipeline.”

Research shows that calling in law enforcement to deal with a student’s behavioral problems can lead to harmful long-term consequences that schools do not anticipate. However, this can be avoided if law enforcement, the court system, community organizations and school administrators work together. Erica Hein, a research & reform specialist with the NJ Juvenile Justice Commission (JJC), spoke to this, telling attendees about the work being done to reduce the number of children being referred to law enforcement for school discipline matters.

The amount of children being reported to the police for school discipline matters are down in many parts of New Jersey, partially because prosecutors recognize there are better ways to handle these situations which do not result in a lifetime record. For example, in Middlesex County, First Assistant Christopher L.C. Kuberiet has led the effort to encourage school officials to review complaints “with an eye toward the consequence being handled at the local level instead of the formal process.” The number of school-generated complaints to family court was reduced by over 50 percent in a six-month time period. Other efforts to reduce school discipline matters to law enforcement are underway in Camden and Ocean counties.

Members of the School/Justice Partnership Subcommittee of the NJ Council for Juvenile Justice System Improvement, which Erica is part of, use a data-driven approach to develop strategies for system improvement.

At the event, Erica shared that beginning in 2015, members of the subcommittee examined data related to school-generated referrals to law enforcement and the Family Courts. Counties agreed to allow JJC staff to look over the demographics and referral charges. This data was initially shared at a conference ACNJ helped to coordinate for school officials and law enforcement in October 2015.

One change resulting from this data collection was to modify the juvenile delinquency complaint form to include a question regarding whether the incident was school-based. This will allow more accurate data collection, and will allow for future improvements. The subcommittee also asked JJC staff to complete surveys to help determine what was preventing youth leaving JJC facilities from re-enrolling in their schools in a timely manner. Changes were made due to survey results. These and other accomplishments are outlined in a recent subcommittee report.

Our ultimate goal should be to continue to reduce the number of youth involved in the juvenile justice system by bringing in other services at the front end of the system. As Erica Hein stated, “students deserve nothing less than our best thinking and collective energy.”

The journal can be can be downloaded here.

Take a look at our journey through the years #ACNJ40years
We are almost there! Join the list of ACNJ Sustaining Members today!