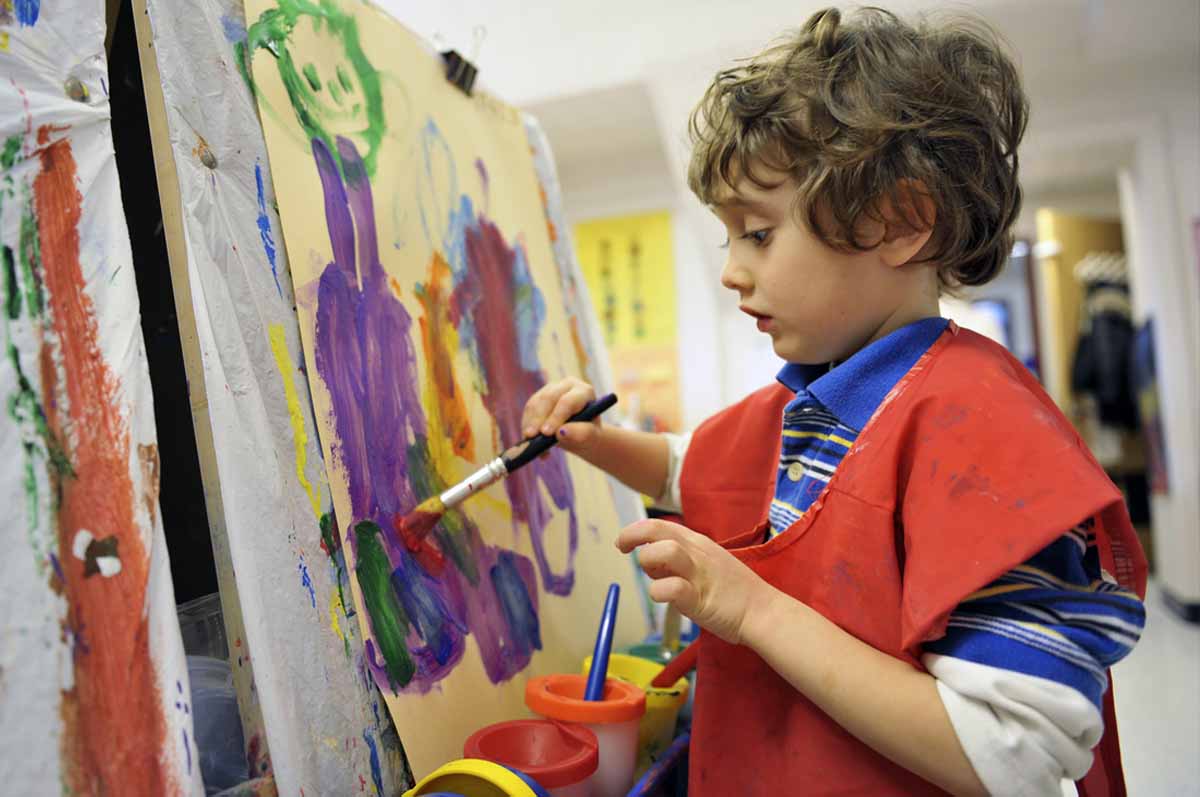 ACNJ and its many partners have advocated for years for a broader, more comprehensive approach to addressing the needs of young children and their families. A package of bills introduced into the state Legislature in February 2016 reflect those efforts and would significantly advance our goal of building a strong and effective early learning system across New Jersey.

Following is a summary of the measures, along with links to the full legislation. ACNJ and its partners will be advocating for passage of the bills over the next several months. Please check back for status updates and ways you can help support these critical initiatives.

This bill would provide $103 million to expand full-day preschool to up to 17 districts for all 3- and 4-year old children in those districts. The Education Commissioner would determine which districts would receive the aid based on the districts demonstrating readiness to operate a preschool program consistent with the state’s preschool quality standards. Priority would go to districts with the highest concentration of students eligible for free- or reduced-price school meals.

To qualify, a district cannot be receiving any other state or federal aid to provide full- preschool and must have at least 75 percent of 4-year-olds living in families where income does not exceed 185 percent of the federal poverty guidelines ($44,863 for a family of four).

The bill identifies the following towns as having the highest concentrations of low-income students among qualified districts:

This bill would provide $110 million to expand full-day preschool to 3- and 4-year olds in school districts with at least 40 percent of children deemed low-income, consistent with the state’s school funding law. Under the measure, within two years of being enacted, these districts would be required to submit to the Education Commissioner a 5-year plan for implementation of a full-day preschool program.

Districts would receive preschool education aid as calculated under the state school funding law. If a district is receiving federal dollars to provide preschool, the state aid would be reduced by that amount.

ACNJ’s Position: For nearly a decade, ACNJ has been a strong proponent of expanding New Jersey’s nationally-recognized, model, state-funded preschools to more children throughout the state. The 2008 state funding law mandated that preschool be expanded to communities most in need. It is time to finally make good on that promise for thousands of children across New Jersey, equipping them with the skills necessary for success in school and in life.

This bill would provide a tax credit for child care expenses. The credit would be available to taxpayers who are eligible for the federal child and dependent care credit and have New Jersey taxable income of $60,000 or less.

ACNJ’s Position: It is time for New Jersey to join the 25 other states that provide a state child and dependent care tax credit for its families. As reported in ACNJ’s 2013 Special Report, Meeting New Jersey’s Child Care Challenge, child care consumes a significant share of a family’s budget. This measure is a first step toward addressing the high cost of child care in New Jersey and the meager resources available for families to meet that cost. With the average cost of care for one infant at almost $11,500 in New Jersey, ACNJ welcomes any support that families can receive to help alleviate these costs.

ACNJ hopes that this measure becomes a foundation for additional proposals to support quality child care and affordability, including expanding this to a refundable credit for low-income families who pay little or no taxes. In addition, New Jersey’s ongoing efforts to build a high-quality child care system could be bolstered by financial support through the tax code. Other states have developed effective approaches to improving quality by extending credits to child care programs, staff and businesses that support child care.

This measure would establish a 5-year early childhood innovation loan pilot program that would encourage private investment in early childhood services. A total of $15 million would be made available during that period.

Under the bill, the New Jersey Economic Development Authority (EDA) would implement a program in which non-profit organizations could receive loans through private investors to use to deliver early childhood services, such as health, family support and education. The EDA would guarantee the loans.

The organizations receiving the loans would have to demonstrate that they are saving funds on certain services. For example, an organization could strengthen preventative health care for young children to avoid costly serious illnesses.

The bill would also establish the New Jersey Early Childhood Innovation Study Commission within the EDA to assist in administering the program and to issue annual reports about the pilot. The 15-member commission would be made up of representatives from the New Jersey Departments of Children and Families, Education and Human Services, as well as public members. The commission would identify eligible non-profit organizations, solicit donations for the loan fund and help negotiate contract terms and conditions of the loan agreements, among other duties.

ACNJ’s Position: ACNJ welcomes the use of innovative funding to expand early childhood services. The “pay-for-success” model offers the potential for new funding streams for high-quality services. However, ACNJ recommends clarifying how savings would be measured to avoid creating incentives to reduce services in certain areas, such as for children with disabilities. Any pay-for-success program must include safeguards to address this possibility.

In addition, the bill would transfer to the new department all responsibilities of the Department of Education relating to students in preschool through 3rd grade, including teacher licensing, parent training and information centers, the New Jersey Council for Young Children, among other duties.

The new department would also assume control of the Department of Human Services’ responsibilities that relate to children from pregnancy to age eight, including subsidized child care, federal child care block grants, before- and after-preschool care and the child care workforce registry, among other duties.

Program and services currently provided by the Department of Children and Families relating to children from pregnancy to age eight would also shift to the new department. This would include child care licensing, New Jersey’s Home Visitation Program, Family Success Centers and other prevention-focused programs. It is unclear what impact the bill would have on child protection services currently in DCF.

Department of Health programs for children from pregnancy to age eight would also move to the new department, including home visitation, early intervention and WIC breastfeeding services.

ACNJ’s Position: Housing all early childhood services in one department has the potential to resolve critical problems in coordination, while providing better services and improved access, as well as being more cost-effective. Complex issues exist, however, in creating such a department, especially for programs and educational services that serve a broader age-range of children. In addition, New Jersey’s model preschools have benefitted from Department of Education oversight, especially in connecting them to the broader K-12 curriculum. Removing that oversight could compromise the quality of these preschools.

Given the wide range of programs that touch the lives of children and the variety of funding streams supporting these services, ACNJ recommends that two initial steps be taken:

1. A thorough inventory of all existing programs and responsibilities that would be affected by the creation of such a department. This should include a review of funding, including state and federal restrictions.

2. An examination of similar departments that have been created in other states. For example, Massachusetts has a Department of Early Education and Care that addresses issues of children between the ages of birth through five, but preschool is retained in the state’s Elementary and Secondary Department.

This bill would require school districts to provide full-day kindergarten to any child residing in the district who is five years old as of September 1 of any given school year. Currently, kindergarten is voluntary in New Jersey and districts can choose to offer full- or half-day programs.

ACNJ’s Position: ACNJ has long advocated for New Jersey to catch up to the 44 states that currently mandate that all children attend kindergarten. This bill demonstrates the state’s commitment to ensuring that all children have the greatest opportunity to acquire the skills necessary to achieve future academic success and sends a message to parents that kindergarten is as important as a child’s later grades.

S-1456: Expands before- and after-preschool care

Status: Cleared Senate Education Committee, Referred to Senate Budget Committee
This measure would allocate $18 million to provide more families with child care before and after preschool in some of New Jersey’s poorest communities. Known as “wraparound,” these services used to be available to all families whose children attended state-funded preschools in the former “Abbott” districts. Eligibility requirements were tightened in FY 2011, making many families ineligible for this service and reducing funds to community-based child care centers that also offer state-funded preschool.

This bill would restore the income eligibility limit to 250 percent of the federal poverty level for all parents and relax the work requirements to allow parents who work part-time to continue to receive subsidized child care beyond school day hours.

ACNJ’s Position: This bill seeks to address the impact that reduced wraparound funding has had on community-based child care centers that also provide state-funded preschool. While ACNJ recognizes the need to address those lost dollars, this would institute a different income standard than that applied to families receiving child care vouchers. A potential solution is to allocate additional dollars to these centers through the Department of Education to fully support the cost of the six-hour, state-funded preschool day.