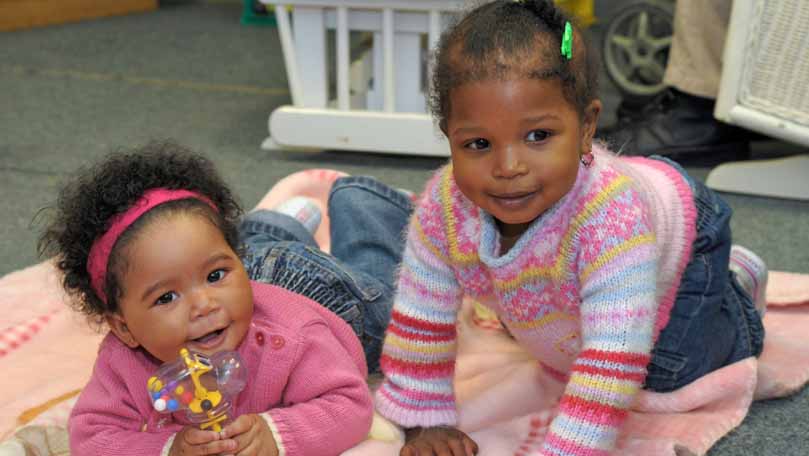 "Less than good, better than minimal"

Many of New Jersey’s youngest children are spending their most formative years in below-average child care, threatening their ability to arrive at kindergarten ready to learn, according to a recent report from the National Institute on Early Education at Rutgers University.

In a study that spanned the state and drilled down on infant/toddler child care in four major Essex County cities, researchers found that the average New Jersey child care center scored below average in the quality of care and instruction provided to these young learners.

The study was conducted from fall 2011 to spring 2013 in all 21 New Jersey counties and focused on the quality of care for infants and toddlers only. Researchers observed 473 centers and an additional 38 additional infant/toddler classrooms in East Orange, Newark, Orange and Irvington. Together, this represents nearly one third of all licensed child care centers in the state. The Essex sample also examined the quality of care in private homes that are registered with or approved by the state to provide child care to infants and toddlers.

On a scale of 1 to 7, with “5” indicating good quality and “7” being excellent, the average statewide score was 4.24 for all 511 classrooms observed, the report said.

“This is less than good, but better than minimal,” the report said.

Overall, centers achieved the highest scores for “interactions,” which included discipline, supervision and the interactions among staff and children and the children themselves. This was the only area where centers received a “good” rating.

The second highest score was for a quality area called “parents and staff,” which includes supports for parents and staff, family involvement and professional development. On this measure, centers nearly reached the “good” mark with a score of 4.95.

The lowest score was for personal care routines at 3.48 – a concerning finding as this encompasses basic health and safety measures, such as children and staff washing their hands, meals and toileting. The activities score was second lowest at 3.56.

In addition, the Essex portion of the study found that family home care scored even lower. “Approved” homes, which are selected by parents to receive a subsidy and typically are family, friends or neighbors, scored below 3 – or low quality. Those homes that are “registered” with the state and receive training and technical assistance scored better at 3.23, but still considered low-quality. Read our summary of this portion of the study.

Major factors contributing to the low scores include:

Teacher background and education was also identified as a concern, with nearly one-third of teachers having no education beyond high school and the majority earning less than $20,000 per year, which is just barely above the federal poverty level for a family of three. Read ACNJ’s summary of these two critical areas.

The report authors point to the quality of care and education now provided in state-funded preschools in 35 New Jersey districts, noting that the quality of this early care and education has improved tremendously since the state began funding and overseeing preschool in these districts roughly 14 years ago. Those same lessons, the report said, should be applied to child care for our youngest children living in other towns across the state.

With the help of a federal grant, New Jersey is embarking on an effort to improve child care quality. Called Grow NJ Kids, this initiative is just getting underway in a handful of counties. The findings of this significant research should be used to inform that effort.

Unlocking Potential: A Roadmap for Making NJ the Safest, Healthiest and Most Supportive Place to Give Birth and Raise a Family
A vision and action plan to unlock the potential of every child in New Jersey to grow up healthy, safe and educated. Learn More